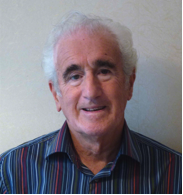 I had learned some time back in an issue of the Faculty Bulletin of the Royal College that Barry Berkovitz, whom I had known at Bristol had, since his retirement as Reader in Anatomy at Kings College London in 2005, become the Honorary Curator of the Odontological Collection of the Hunterian Museum, of the Royal College. Many will remember the dental anatomy team of Berkovitz and Moxham at Bristol in the 1970 and 1980s and their numerous text books. On the 11th June 2014 I was honoured to be present at the inauguration of the new dental pathology teaching facility in the Hunterian Museum of the Royal College of Surgeons in Lincolns Inn Fields. It was good to meet up with Barry and find him to be just the same and still publishing. His latest book though is aimed at the public. He told me that when he retired he wanted a project to keep his brain ticking over so he decided to prepare a lecture suitable for the general public based partly on what he had learned in his capacity as Honorary Curator of the Odontological Collection He had hoped that at some time in the future he might be invited to give such a lecture. After 4 years’ work, he finally completed his PowerPoint presentation but three years on had still not received an invitation to an event where he could present it! Rather than see all his work go to waste, it has now been published by Elsevier. It covers subjects as diverse as the teeth of piranhas, tusks, hens’ teeth, the discovery of general anaesthesia, ~John Hunter and Dr Crippen.

Nothing but the Tooth by Barry Berkovitz

The teaching facility had been set up through a legacy of £10,000 which the Faculty of Dental Surgery at the Royal College of Surgeons of England had received from a dentist – Beryl Murray Davies who qualified in 1933. The legacy was presented to the Faculty by Dr Davies’ goddaughter, Michelle Berridale-Johnson. According the Royal College’s records, Dr Davies was a Bristol student which is how I became involved. 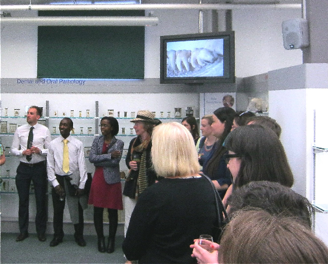 The University of Bristol’s excellent records are contained in the “Special Collections” housed in the basement of the main library. I was already very familiar with these from my researches into the history of the Dental School. A further visit confirmed that Beryl was a non-degree student in residence from 1928/9 to 1933/4. Now although the University had its own BDS degree since 1911 few took it and most dental students still took the LDSRCS Eng or the LDSRPS Glas at this time. This was because you had to have matriculated in order to sit for a degree but you could study for the dental licence as a “non-resident student”. At this time and until the Dental School was opened in January 1940, students attended the University’s lectures but chose where they did their clinical work; either at the BRI or at the General Hospital. Sadly it is not recorded where Dr Davies was based for hers. After qualification Dr Davies moved to London in order to gain further experience. This could have been to the newly opened Eastman Dental Hospital and Postgraduate Institute. One of her teachers at Bristol had been Mr Louis Edmund Claremont (1922-1929) who had been the University’s Lecturer in Dental Surgery, but in 1930 took up his appointment as the first Dean of the Eastman. It is quite possible, indeed likely, that the Eastman has records of her being there in either late 1933 or early 1934. He would have been keen to fill the places he had for postgraduate study and would have known Beryl as a “good student”. What is known for certain is that shortly after she moved to London, where she was to remain for the rest of her professional life, she worked with Archie McIndoe who had arrived from New Zealand in1932 and was working at St Bartholomew’s Hospital. He would later be knighted for his pioneering work in plastic surgery. By the early 1940s after a period as an assistant in nearby Welbeck Street , Dr Davies was running her own single handed dental practice in Harley Street which was very unusual for a woman at that time and an indication of her dedication and determination. She continued to work there until the 1990s. At some point early in the Second World War she was recruited as dentist to the Special Operations Executive. Why she was chosen for this work can only be guessed at. Maybe it was through her contact with McIndoe, who by this time was working for the RAF at the Queen Victoria Hospital in East Grinstead, where he had founded a Centre for Plastic and Jaw Surgery. The SOE was officially formed by Minister of Economic Warfare Hugh Dalton on 22 July 1940, in order to conduct espionage, sabotage and reconnaissance in occupied Europe. It ran its operations from offices in nearby Baker Street. As many of the operatives were escapees from France, Belgium and Holland their previous dental records might have still existed and been used to prove their identity if they were captured. Others were British agents whose dentistry differed from that practised on the continent and so their restorations needed to be replaced to match ‘European-style’ dentistry. This work was carried out, often at night and alone by Dr Davies with no assistant and was veiled in deep secrecy. 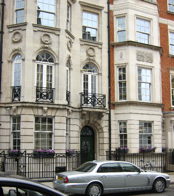 The sole mention of her work is in the book “Between the silk and the cynanide” by Leo Marks which deals with the work of the SOE. On page 478 he describes a lecture he had given to visiting Americans during the war and the questions which followed: “…… The final one came from a bemedalled major who I later discovered was head of a psychiatric unit. He wanted to know what the agents were most frightened of. I replied that above all else they were scared of a lady dentist who had to make sure that none of their fillings were of English origin. She had also to change the impressions (sic) of their teeth before they left for the field in case the Germans had records of them. And she used the continental style Platarcke to hollow out their teeth and make cavities for their L-tablets*. We had learned never to brief agents within a week either side of their appointments with her.” * Lethal = cyanide According to Dr Davies’ goddaughter, Dr Davies was entirely devoted to her profession and never got over being made to retire when she got cancer in her hand. (It was thought that this was from the xrays she had taken in the past). She was also understandably cross that her work for the SOE was never recognized after the war. Dr Davies died on 2nd Jan 2012 aged 102. 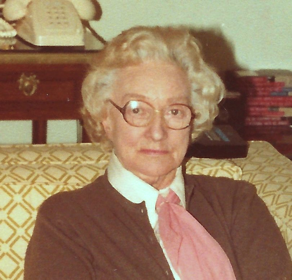 Acknowledgement: The author is indebted to Michelle Berridale-Johnson for her help in the compiling of this account.