NHS England has announced the appointment of Sara Hurley (nee Skinner) BDS(U. Brist.) MFGDP(UK) MSc(UCL) MA(KCL) as Chief Dental Officer. Sara qualified from the University of Bristol Dental School in 1988.  Commissioned into the Royal Army Dental Corps, she has continued to broaden her clinical dentistry portfolio gaining Membership of General Dental Practitioners (UK) in 2003, a Masters in Dental Public Health at University College London 2004, and a King’s College MA in Defence Studies 2007. Her career has flexed across the domains of dental public health, wider healthcare policy and healthcare commissioning as well as undertaking operational healthcare management and strategic leadership assignments in a range of UK and overseas locationsIn fact she is the third Chief Dental Officer from qualify from Bristol; she follows Prof Raman Bedi (BDS 1976) who also holds the unique distinction of being the first and only Bristol dental graduate to  be awarded an honorary degree from his alma mater ( DSc 2003). In the meanwhile Kosmas Tolidis MSc (1993)  has been appointed Chief Dental Officer of the Helenic Republic.

Alasdair Miller BDS (U. Brist. 1977) has been appointed President of the British Dental Association and took up the post in April 2014. 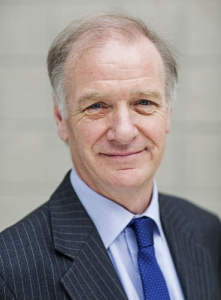 For over 20 years Alasdair was a partner in a mainly NHS dental practice in Taunton and he brings extensive experience in the clinical and education sectors to the role of President. From 1997 to 2013 he held the position of Regional Postgraduate Dental Dean at the University of Bristol where he was also Programme Director for the University’s Open Learning for Dentists Diploma programme. In 2009 he was the first dentist to become Fellow of the Academy of Medical Educators. From 2007 to 2010 he was consultant to the Peninsula Dental School. He currently sits on the Council of the MDU and is the interim Chair of the Bristol, North Somerset, Somerset and South Gloucestershire Dental Local Professional Network.This is an enormous recognition of his interest and energy in dentistry for many years and his role as Post Graduate Dental Dean for the South West over the last 16 years.