In the early 1900s arrangements for clinical teaching of dentistry at the Bristol Royal Infirmary were far from satisfactory. The Dental Department at this time had three rooms on the ground floor beneath the chapel, the chairs were antiquated, and there was not even a full-time House Surgeon. The teaching was left entirely to three or four “honoraries” 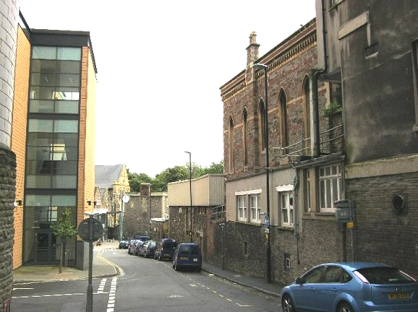 The original BRI Dental Department “ three rooms under the chapel”

In 1910 clinical conditions and supervision had become so bad that the majority of the dental students decamped to the General Hospital, where the promised new dental department was opened in July 27, 1914, only a few days before war broke out. This was purpose built and occupied the ground floor of a new wing with a large room for conservative dentistry, a gas theatre with waiting and recovery rooms. However with the outbreak of WW1 student numbers in both hospitals dropped to almost zero. 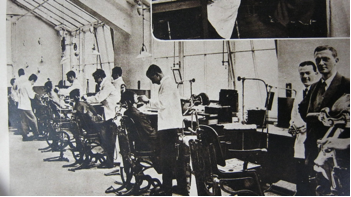 The new Department at the General opened in July 1914

When in 1919 men came back from the trenches there was an influx of 50 new students at the University who still elected to carry out their clinical work at either the BRI or the General. At the Bristol Royal Infirmary the new Edward VII building was returned to civilian use and dental teaching resumed in the relocated conservation room and extraction rooms on its first floor. This arrangement did not last for long.

By 1922 with the increased number of students the position had become acute. The Dental Students’ Society minutes at the time contained many references to the students’ strong feelings on the facilities and the lack of supervision and the dental department was soon moved again, this time to a new building the ”garden” behind the original 1737 BRI building in Lower Maudlin Street. Here it remained with much improved staffing until the opening of the present Dental Hospital on the opposite side of Lower Maudlin Street. 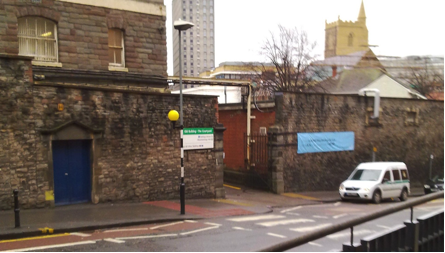 The old dental department viewed from the present school in 1990 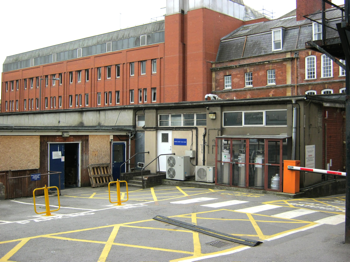 The old dental teaching rooms viewed from within the “garden”.

While its roof lights and high windows overlooking the street greatly facilitated intraoral work dental students in January 1940 recorded the revelation of moving into the dedicated new dental school opposite. From this date all clinical teaching of dentistry at the BRI and the General Hospital ceased. Now in August 2016 this little bit of Bristol dental history has been demolished. 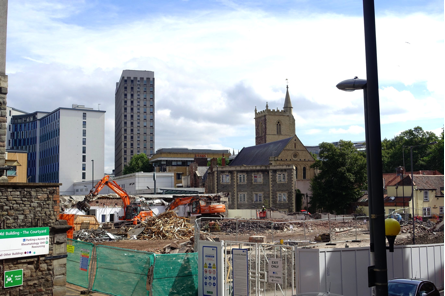